The Future Has Arrived!

While most of the country has been diligently preparing for the launch of HCAHPS, a brand new site has surfaced, and given us all a 'sneak peak' at what life after the go-live date might be like.

Frankly, hospital Boards and CEO's in California ought to be more than a little concerned when they see "POOR" or "BELOW AVERAGE" emblazoned across their listing on CalHospitalCompare.

There's good news here though! The model, essentially a live precursor to HCAHPS, shows both the pitfalls and the potential of getting out in front of this HCAHPS- locomotive...before its too late.

The real lesson to be learned is that public transparency is making patient satisfaction a Board-level action item.

It's simply not good enough to monitor your survey company's patient satisfaction scores, and hope they'll change next month...they won't.

Progressive hospitals have realized that to make change stick, it's got to be a cultural change...and the results will be profound.
Posted by Brian Lee CSP at 08:11 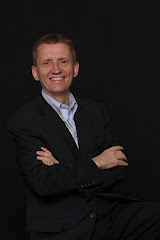 Is your facility planning to take part in an ACO?

What is more important to your hospital?